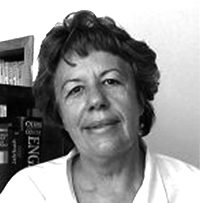 Amanda Botha is a writer and journalist who resides in Cape Town. As an art Journalist she has written mostly on performing and creative arts and published articles in both in news print and magazines – nationally and internationally. Amanda’s first exclusive story was an interview in 1966 with the famous cabaret artist Marlene Dietrich in Cape Town.

Between 1970 and 1988 she was associated with the renewal period of South African theatre, first at Capab Drama under Pieter Fourie and was later a founder member of The Space Theatre in 1973 and in 1980 a co-founder of The Glass Theatre – both in Cape Town. For ten years Amanda has been the art curator of the Word Fest at Stellenbosch University and presented retrospective exhibitions of artists. In 2006 Amanda published a biography on the artist Marjorie Wallace under the title Marjorie Wallace: Drif en Vreugde and 2008 she was the co-writer on a biography of the rugby legend Jan Bull Pickard and also a co-editor on a collection of letters by the poet Peter Blum, published in 2009.